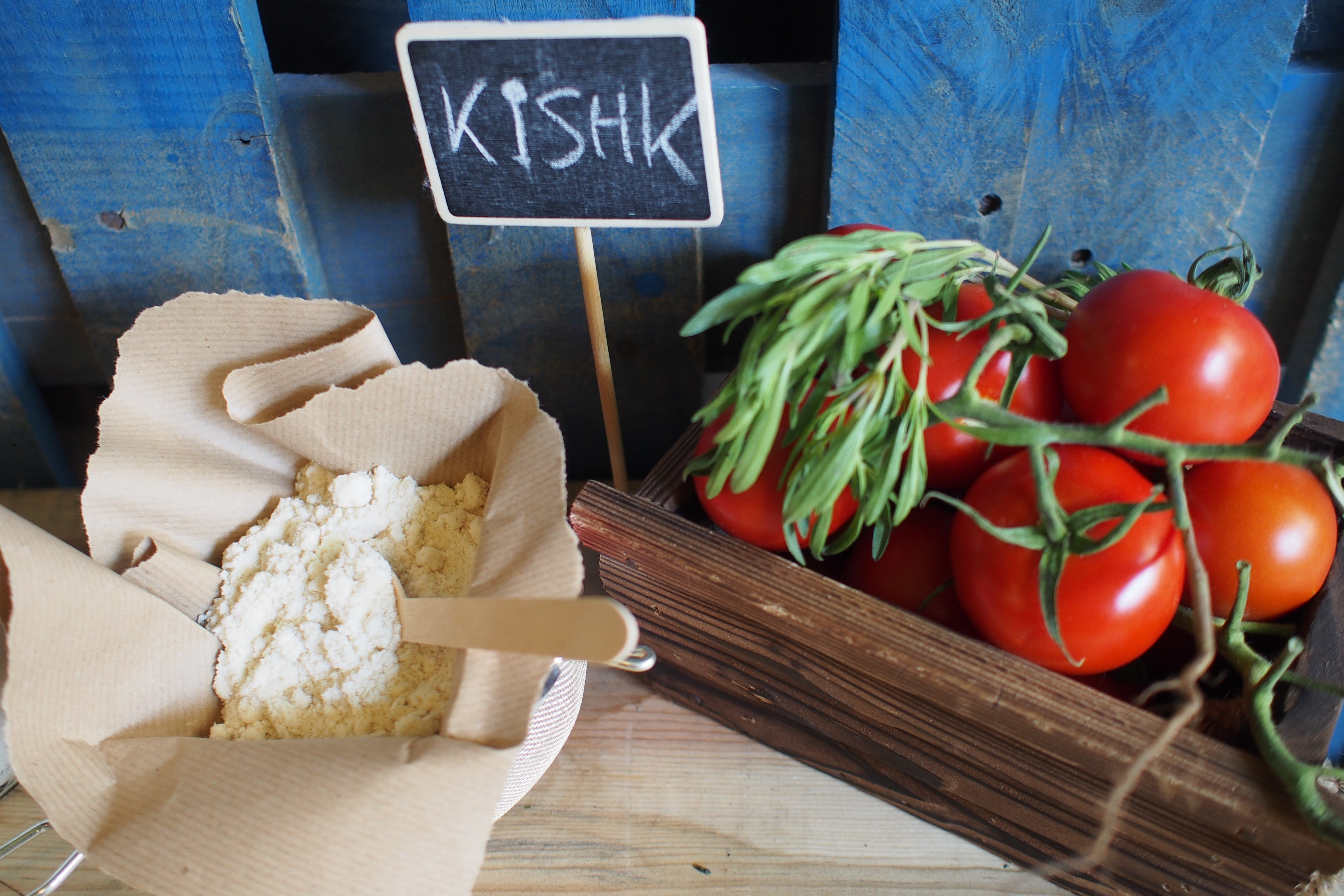 Under the mid-summer sun, kishk is spread and left to dry on white sheets on the rooftops of Lebanese villages, before it is ground into powder. Kishk, a preserved dairy product made from cracked wheat fermented in milk and yogurt, is prepared in different ways and is used in the cuisines of Iran, Turkey, Mongolia, Transcaucasia and the Levant, namely Lebanon, Syria, Palestine and Jordan.

Kishk has been prepared and consumed in Lebanon since the 10th century. Kishk can be prepared using cow, sheep or goat milk; however the kishk found on the market is made with cow milk exclusively as goat milk gives it a strong, acidic taste, which might not be appealing to the wider public.

During the first 4 days after soaking bulgur in yogurt, it is rubbed by hand on a daily basis, to make sure that yogurt is fully absorbed by the coarse bulgur grains. Meanwhile, more yogurt is added gradually in order to keep the mixture from drying out. Salt is also added to the mixture to prevent mold formation.

Kishk is then left to ferment for 9 days, after which “green” kishk is obtained, which is consumed fresh like labneh, or conserved in extra virgin olive oil in glass jars. Green kishk is then spread on cloth sheets, on the house’s rooftop to dry under the sun. Every morning, it is rubbed between the palms of the hands to break the kishk mixture into smaller pieces and accelerate the drying process. When fully dry, kishk is sifted then ground into a fine powder to become the kishk mix we know.

Traditionally, rubbing and sifting kishk was considered as a social event when the neighborhood women used to gather on one roof to help each other, an occasion to share stories and anecdotes.

The use of dry kishk differs among Lebanese regions. Kishk can be prepared in different forms such as salads (Wild mint and kishk salad “Meeykeh”); soups (“shorbet Kishk” and “Kishkiyye”); fillings for turnovers or mana’eesh; hot dishes such as kebbeh with kishk (“kebbeh b kishk”), kishk with eggs (“kishk aala bayd”), cabbage with kishk (“malfouf aala kishk”), wheat-flour dough with kishk (maacaroon b kishk), meat raviolis with kishk (“shish barak b kishk”), etc.

[From the Food Heritage Foundation]